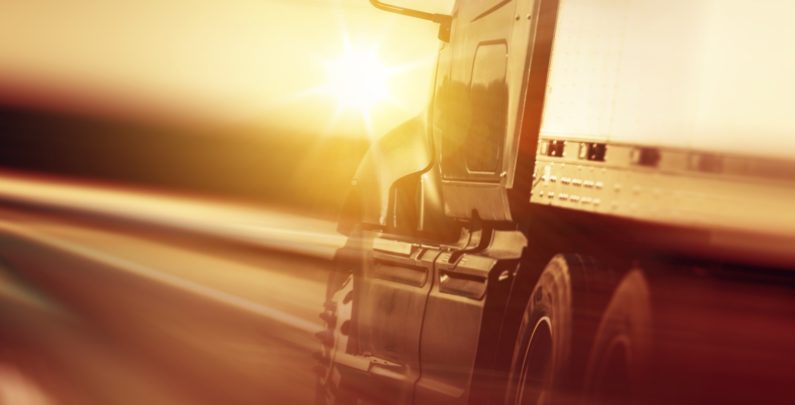 Two Accidents Involving Semi-Trucks on I-90 Have Eerie Similarities

There’s no question that semi-trucks and tractor-trailers are a necessity of life. However, it’s also true that they can pose more of a risk to other drivers on the road than passenger vehicles, given their enormous size. That’s not to say that all semi-trucks in Chicago are a danger on the road, but when accidents involve these extra-large vehicles the consequences are almost always devastating and many times even fatal. For example, two separate accidents that occurred on I-90 and involved semi-trucks both ended up fatal, while leaving other victims seriously injured.

In one truck accident that occurred just last week in Garden Prairie, near Belvidere, IL, a 29-year-old woman was killed when a semi-truck struck the vehicle she was riding in as the car was stopped on the busy interstate. According to reports, the tractor-trailer rear-ended the vehicle, which caused it to burst into flames. The driver of the vehicle survived the crash but was reportedly seriously injured. Investigators say that the semi-truck ended up in a ditch on the side of the road after it collided with the vehicle.

Authorities say that when they spoke with the truck driver after the crash he told them that as he was driving, he looked down for a moment, and when he looked back up he saw that the vehicle was stopped in the lane. It was not reported as to why the vehicle was stopped, nor did authorities say why the driver of the semi-truck was looking down. Officers are still investigating the Boone County crash.

This incident has many similarities with another accident that also occurred on Interstate 90, in 2013. In this accident, Brassfield, Krueger & Ramlow is representing one of the victims that is seriously injured.  Traffic had come to a standstill when a semi-truck slammed into several vehicles, including the back of the vehicle which our client was driving.  One person was killed and our client sustained severe injuries, including brain injuries, fractures to his cervical spine, severe ligamentous injuries throughout his cervical and thoracic spine, and many other serious injuries. He has also suffered post-traumatic stress disorder.

Before the accident, our client was a regional manager for a major fitness company. However, his doctor has testified that he will never be able to return to his previous occupation, and, as a result, he has sustained significant income loss, medical bills, and disability. He also continues to experience chronic pain and is required to take medication to manage the pain. As a result of his injuries, he is no longer able to participate in the activities and work that he loved to do before the accident.

Meanwhile, the semi-truck driver who caused the accident later admitted that he was exhausted and had fallen asleep at the wheel. The truck driver was charged with homicide by negligent operation of a vehicle for his inattentive driving. These two cases have many similarities and in both instances, the families of those who died could seek wrongful death lawsuits against the semi-truck drivers and the companies they work for. In addition the people who survived but who were seriously hurt could also pursue legal action, just as our client has.

These kinds of accidents are tragic events that can cause long-term pain, grief and suffering for those involved and their families. If you have been injured in a truck accident in Boone County caused by a truck driver then you should seek legal help right away. At Brassfield, Krueger & Ramlow, in Rockford, IL we assist people who have been involved in a car or truck accident in Chicago and surrounding suburbs every day. No one deserves to suffer because a truck driver was careless or negligent on the road. If you are in this kind of situation, then please contact the Rockford truck accident attorneys at 815-315-9845, or click here to contact us online. You need attorneys that have handled similar situations in Boone & Winnebago County and that have proven results of obtaining justice and fair monetary compensation for their clients.

What do You Need to Pursue a Successful Medical Malpractice Claim in Illinois?

If you were injured due to a medical professional’s negligence, you might have the right to pursue compensation. Medical malpractice…Read More

Can an Illinois Car Accident Cause Disc Bulges or Herniations?

Injuries in a car accident can include neck or back pain. An MRI might reveal that you have a bulging…Read More

All property owners and business owners must provide safe premises for customers and other invited guests. In some situations, this…Read More

Schedule A Free No Obligation Consultation

For your convenience, we have offices in Rockford and Streator.

Attorney Advertising. This information is designed for general information only. The information presented should not be construed to be formal legal advice nor the formation of a lawyer/client relationship. Past results and testimonials are not a guarantee, warranty, or prediction of the outcome of your case, and should not be construed as such. Past results cannot guarantee future performance. Any result in a single case is not meant to create an expectation of similar results in future matters because each case involves many different factors, therefore, results will differ on a case-by-case basis. By providing certain contact information herein, you are expressly authorizing the recipient of this message to contact you via the methods of communication provided.

How did we do?

Note: Your review may be shared publicly.